After the war, having an army pension was almost a life and death matter for these newly freed slaves. Many soldiers had to obtain witnesses to help them verify who they were, and that they were in fact veterans of the Civil War. Matthew Jones, one of the early residents of Historic Mitchelville, was one of those soldiers.

The language is almost like a code, spoken in a way that enables a conversation to be had without detection, to leave the non Gullah listener clueless as to what outsiders could be hearing.

Mitchelville is much more than an old plot of land. It’s the birthplace of blacks who became free from a life of bondage. A place where slaves were given a chance to self-govern and establish roots of their own in a land that they had adopted as their own, as well as maintain culture and traditions that continue today. The Mitchelville Preservation Project has been and continues to collect stories and artifacts that demonstrate the richness of the story of Mitchelville.

Mitchelville was the heart of The Port Royal Experiment, which was launched by the U.S. government and proved to a skeptical American public that African-Americans would fight for freedom and country, work for wages within a free-enterprise labor system, and live responsibly as independent citizens. Mitchelville was constructed, inhabited and governed exclusively by previously enslaved freedom-seekers. Activities in this settlement were reported nationwide, ultimately influencing national reconstruction policies.

Hilton Head Island has been recognized as the only place in South Carolina for its historical importance in the Underground Railroad with three areas of membership: The Heritage Library, Mitchelville and Fort Howell, which is located within Mitchelville.

Being a part of the National Network of Freedom is an incredible opportunity for Hilton Head for a variety of reasons. One important reason is that it makes Hilton Head’s historical value an even greater part of the American story. Mitchelville is a strong piece of America’s history that needs to be shared.

During her time on Hilton Head, Harriett provided the Union Army with local area intelligence, as well as played a significant part in their military strategy. Her input was so valuable to the military, that she also influenced policies that effected how the military handled the onslaught of slaves that came to the island.

Most black people doing research get frustrated when they hit what I referred to as the “1870’s slave wall.” The “slave wall” is sometimes the end of most family tree searches, because most slave owners often did not record their slaves’ names or information because of their status as property prior to the abolishment of slavery in 1865.

Beaufort County, South Carolina has a rich cultural history. Home to the towns of Hilton Head Island, Bluffton, Port Royal and Beaufort, the county was instrumental during and after the Civil War.

By Luana M. Graves Sellars Cover artwork American Gullah By Sonja Griffin Evans “Good colored people, you have a great work to do, and you… 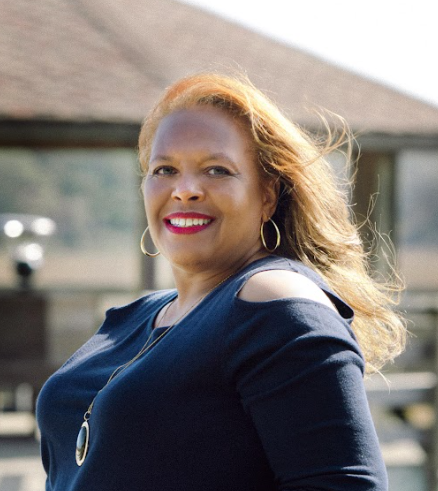